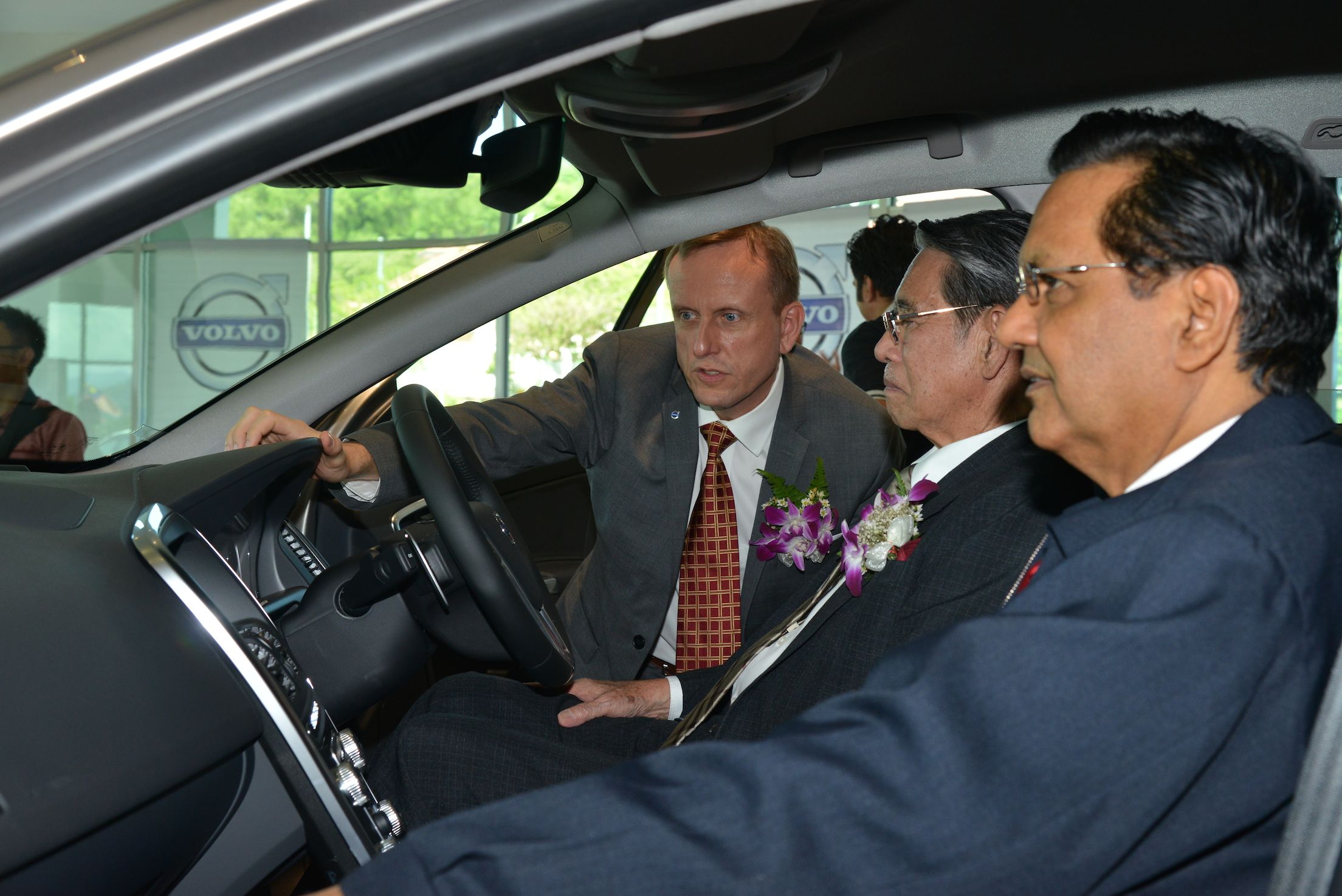 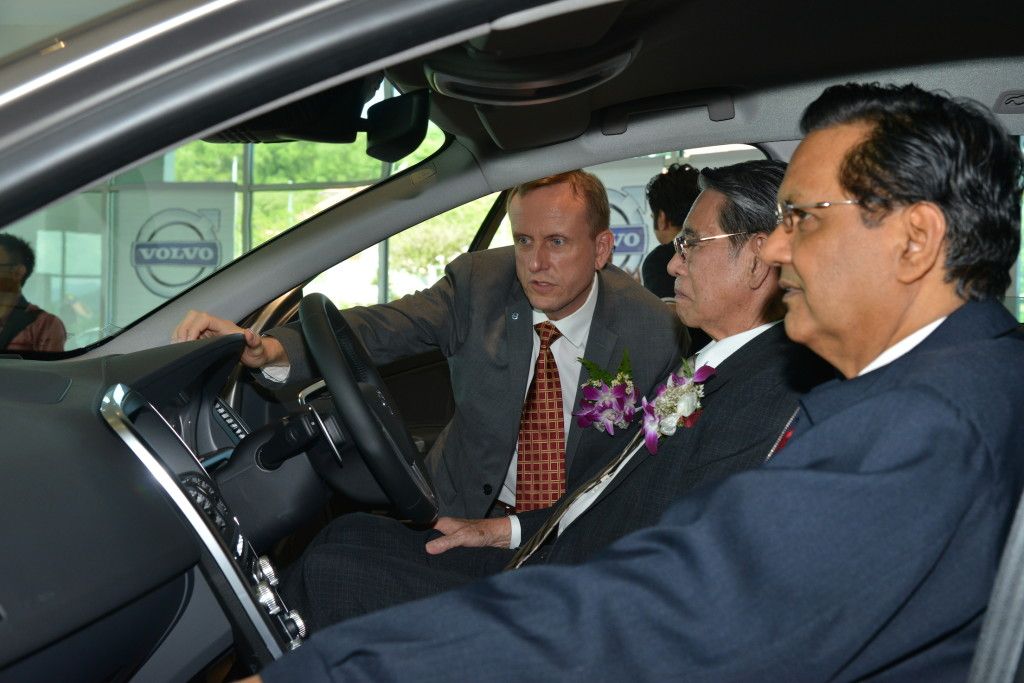 The newly redesigned XC60 will be available in two exciting variants – XC60 T5 & XC60 T6, through Volvo Car Malaysia’s authorised dealer in Sabah, Angkatan Hebat. Both variants will be equipped by the highly anticipated Drive-E Powertrain – a modular engine platform which will complement future Volvos built on the Scalable Product Architecture (SPA).

The reimagined exterior will showcase a new hood shape and chrome bar grille which emphasizes the car’s width, together with prominent horizontal lines that will visually connect the car to the road. The tailpipes are now integrated with the diffuser and act as a visual link to the new engine. Slight touches were made to the interior, including silk metal décor inlays and frames and paddle shifters.

“In order to achieve our vision of a safer future, we are offering customers a greater range of accessibility to our products by making luxury and critical safety technologies more affordable on one end of the spectrum and showcasing our latest safety innovations and high-end performance on the other,” said Keith Schäfer, Managing Director of Volvo Car Malaysia.

Volvo is committed in achieving its vision statement, in which “by 2020, nobody shall be seriously injured or killed in a new Volvo,” by constantly developing technological innovations that will make cars safer to drive. The new XC60 will feature world-leading technologies including a new and improved Pedestrian and Cyclist Detection*, Adaptive Cruise Control with Collision Warning with Distance Alert and Queue Assist*, City Safety which now works up to 50 km/h, Blind Spot Information System (BLIS) with Closing Vehicle Warning (CVW), Cross Traffic Alert and Road Sign Information system*.

The XC60 T5 will be available from RM292,888 (on-the-road price without insurance) while the XC60 T6 will be offered at a limited introductory offer of RM319,888 (on-the-road price without insurance). As with all new Volvos, both variants will come with a 5-year warranty, 5 years of free service including parts per scheduled maintenance, and 5 years of free roadside assist (Volvo-on-Call).

The new XC60 T5 and XC60 T6 are available from today, at all authorised Volvo dealers nationwide. 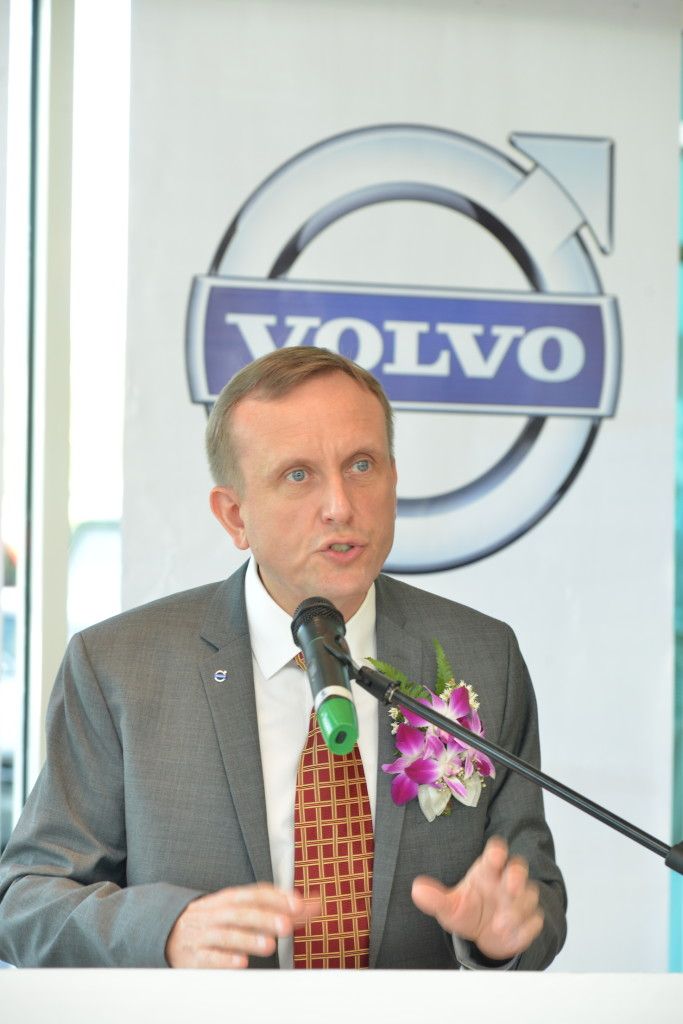 The new XC60 T6 and XC60 T5 carries the same exterior and interior updates save for a few differences. The XC60 T5 is fitted with 17” Valder Alloy wheels with 235/65R17 tyres compared to the XC60 T6’s 8” Pan Alloy wheels with 235/60R18 tyres. The XC60 T6 will also feature an 8” Adaptive Digital Display, a power operated tailgate and a grocery bag holder in the cargo area.

The default mode Elegance has a classic look and layout. The Eco mode has a green colour theme and is designed to encourage and reward a fuel-efficient driving style. Performance features red illumination, and a rev scale instead of the speedometer displayed in the Elegance and Eco versions. 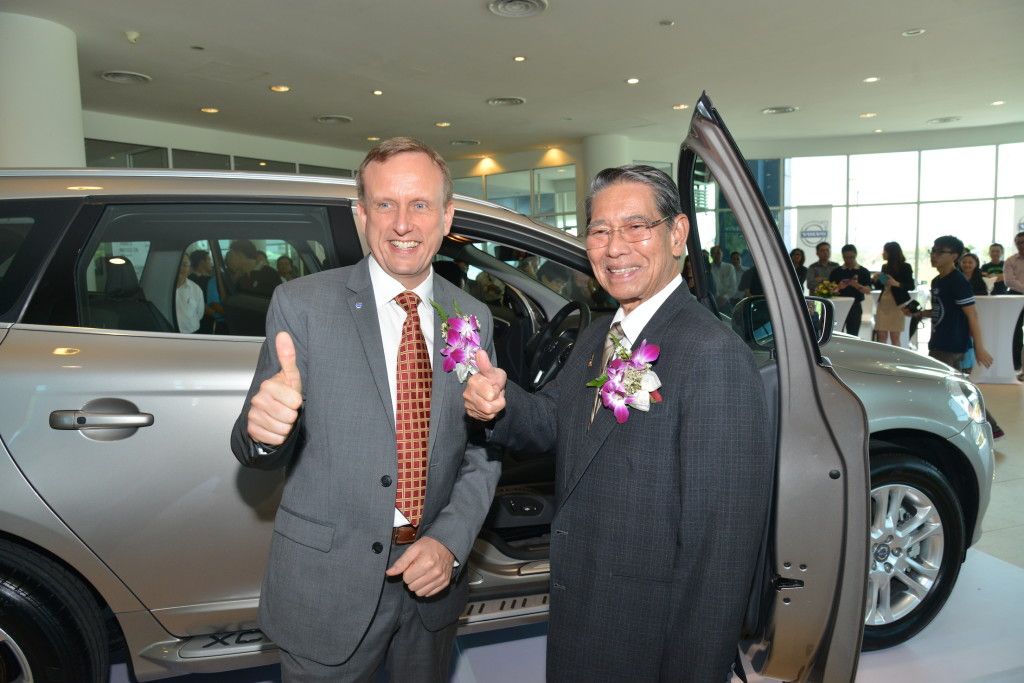 All-new infotainment system – Sensus Connect
The Digital Display theme colours are also echoed in the all-new connected infotainment system. It features a refreshed HMI with a number of innovative functions, such as:
• Cloud-based services integrated into the car, enabling future functionality updates
• Improved navigation with 3D maps, local search, and send-to-car remote destination setting
• TuneIn Internet radio (with 80,000 channels), and music streaming through Bluetooth
• Voice control of most infotainment and navigation functions*
*Only available in the XC60 T6

The XC60 T5 is powered by a 4-cylinder Drive-E engine which produces 245hp at 5,500rpm and a maximum torque 350Nm at 1,500-4,800rpm. Whilst the engine offers greater output than the previous generation, it still retains class-leading fuel consumption figures for petrol engines in the segment and improved CO2 emissions at a 157g/km.

The new T6 Drive-E engine has an output of 306 hp and 400 Nm of torque – doing the century sprint in just 6.9 seconds. The engine features a class-leading combination of a compressor and a turbo charger. Using the supercharger to fill in the bottom end gives the engine a big, naturally aspirated feel. The mechanically linked compressor starts to function immediately at low revs, while the turbocharger kicks in when the airflow builds up. Fuel consumption with new 8-speed automatic is 7.3 l/100 km (169 g/km) in the XC60.

IntelliSafe, Volvo’s blanket name for all active safety systems, is an important part of the driver-centric approach in the XC60. Several key technologies will debut in the XC60 T6:

When another car approaches from the opposite direction, the system helps to prevent dazzling of the oncoming driver by shading out only as much of the beam as necessary. This is done by an ingenious projector module mechanism integrated into the headlamp. The same benefit applies to drivers in preceding cars.

The new Pedestrian and Cyclist Detection with full auto brake is equipped with an advanced sensor system that scans the area ahead. If a cyclist heading in the same direction as the car suddenly swerves out in front of the car as it approaches from behind and collision is imminent, there is an instant warning and full braking power is applied.

The technology also detects if a pedestrian steps out into the road in front of the car. If the driver does not respond in time, the car can warn and automatically activate the brakes.

WORLD-LEADING TECHNOLOGIES THAT KEEPS YOU SAFE

The XC60 T6 will see the inclusion of several proven safety technologies such as Driver Alert Control (DAC)* – a world-first innovation that registers the car’s progress on the road and alerts drivers whom are not concentrating; Lane Departure Warning (LDW)* – which alerts the driver with a gentle warning sound if the car crosses one of the road markings without an obvious reason such as use of the turn indicator; and Adaptive Cruise Control (ACC) with Queue Assist and Distance Alert* – a radar-based system which maintains the set time gap to the vehicle in front all the way down to standstill, making this comfort-enhancing system usable in slow-moving queues with repeated starting and stopping. 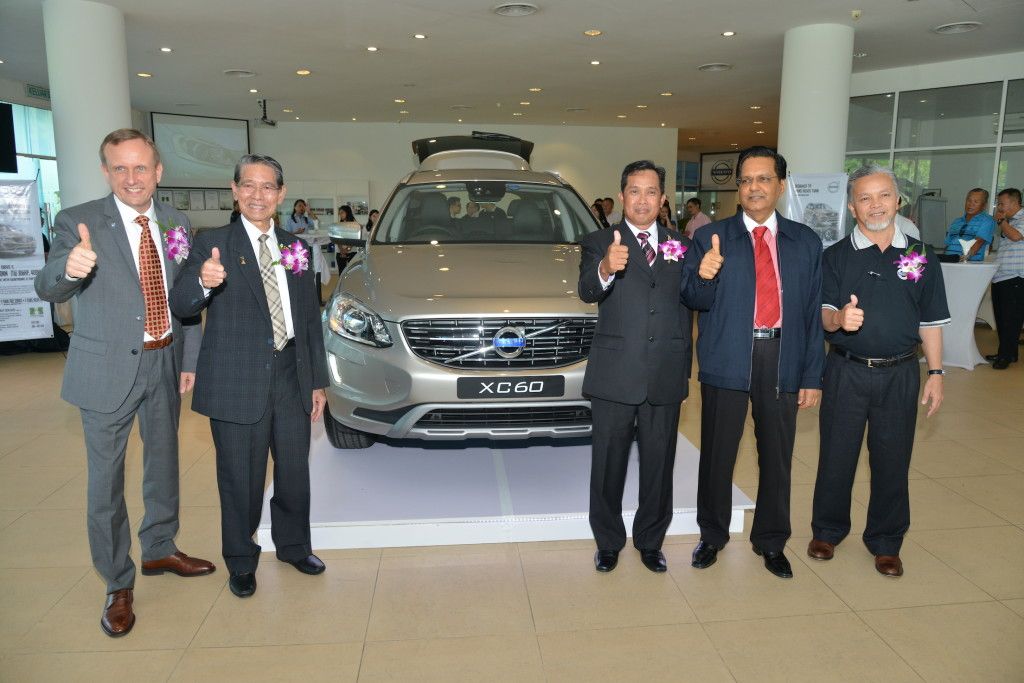 SAFETY ASSURANCE ACROSS ALL VARIANTS

City Safety – active up to 50 km/h
Both the XC60 T5 & T6 features an upgraded City Safety system. This system is active at speeds up to 50 km/h. The car automatically brakes if the driver fails to react in time when the vehicle in front slows down or stops – or if the car is approaching a stationary vehicle too fast.

Cornering Light for better visibility
Another innovative option for driving in the dark is the low-speed Cornering Light feature. As an extension of the current Active Bending Light system, it lights up the area the driver is steering towards for safer manoeuvring.

Cross Traffic Alert – covering your back
Cross Traffic Alert uses the radar sensors at the rear end of the car to alert the driver to crossing traffic from the sides when reversing out of a parking space. This is especially helpful in tight and crowded areas where the side view might be limited due to infrastructure, vegetation or other parked cars.