Engaging with Thai People on your Backpacking Adventures 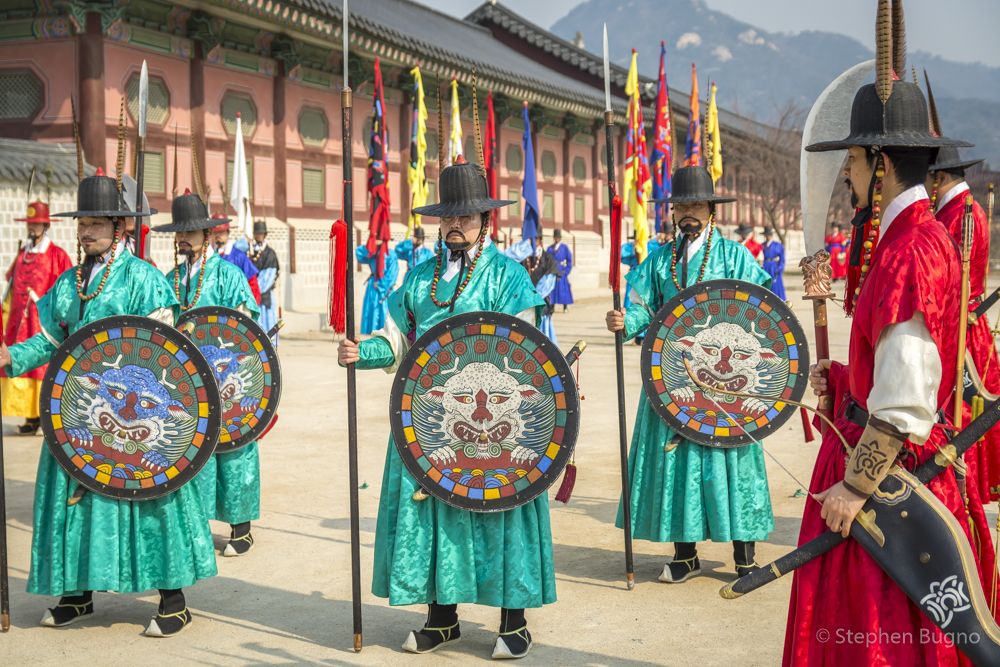 Everyday (except Tuesday) at 10am and 2pm onlookers can witness the stunning Royal Guard Changing Ceremonies at Gyeongbokgung Palace in Seoul, South Korea. The ceremony lasts 20 minutes and is well worth the trip to Gyeongbokgung Palace, which is an outstanding attraction in Seoul in its own right. The colorful royal guards are dressed in Joseon Dynasty period costume, admired by both citizens of Korea and foreigners alike.  They have traditionally performed this duty of guarding the Gwanghwamun Gate, the entrance of Gyeongbokgung Palace, to protect the king who ruled from within these walls.

Be sure to stick around for the Gwanghwamun Gate Guard-on-Duty Performance at 11am and 1pm, which last 10 minutes. And the Sumungun (Gatekeeper) Military Training (outside Hyeopsaengmun Gate happens at 9:30am and 1:30pm, lasting 15 minutes.

We will be viewing the Royal Guard Changing Ceremonies at Gyeongbokgung Palace during our small group tour of South Korea. So consider joining us for that.

The palace is beautiful anytime of year. See photos of Gyeongbokgung Palace in winter.

For more detailed information on the Royal Guard Changing Ceremonies at Gyeongbokgung Palace, check out this national tourism board’s site.