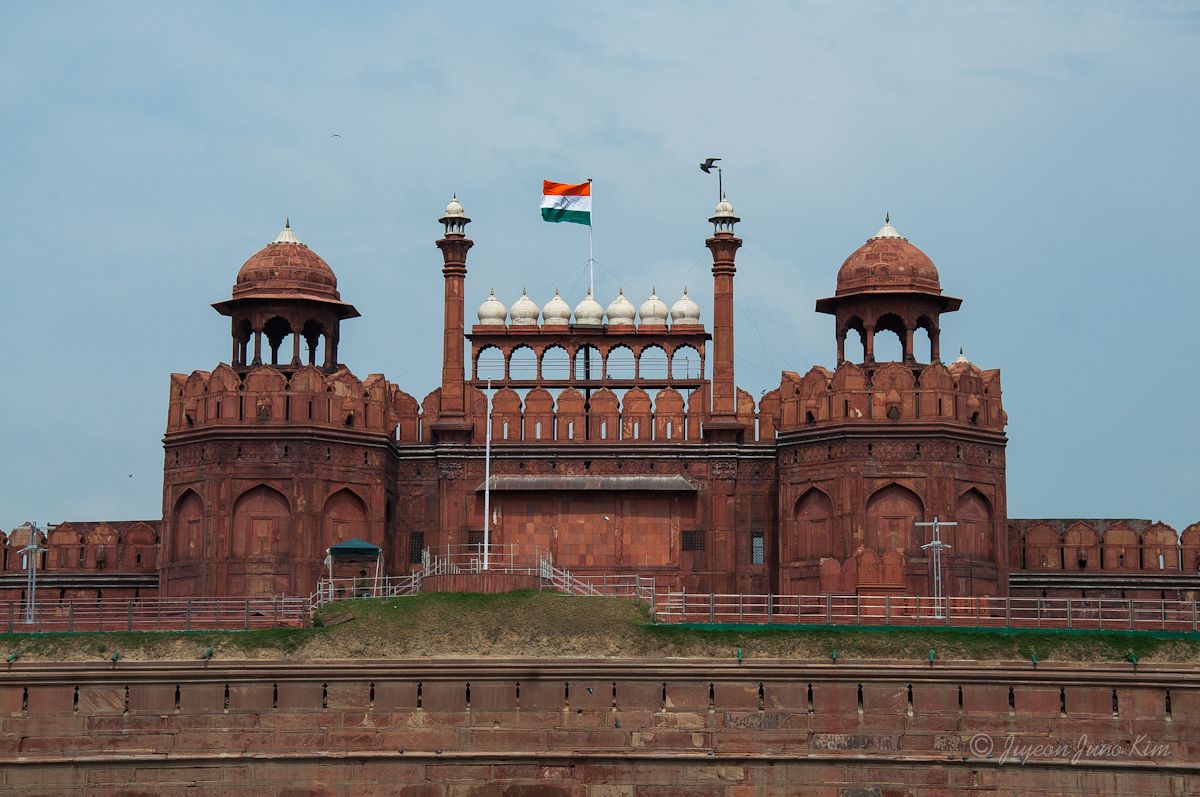 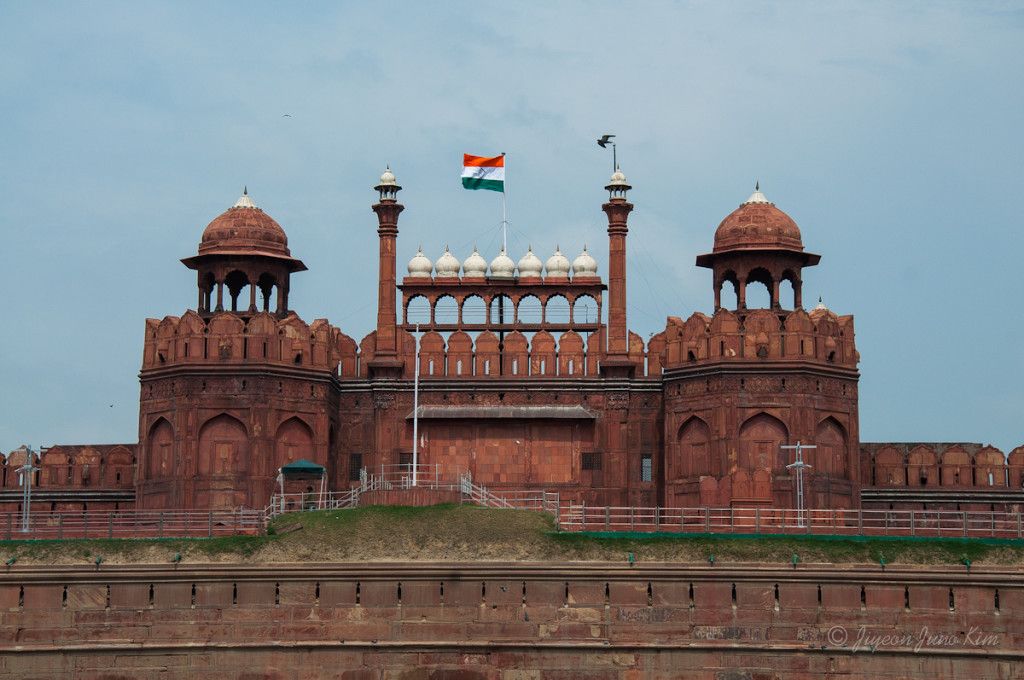 The Red Fort is a 17th-century fort complex constructed by the Mughal emperor, Shah Jahan in the walled city of Old Delhi that served as the residence of the Mughal Emperors. The Red sandstone walls rise 33-m above the clamor of Old Delhi as a reminder of the magnificent power of the Mughal emperors. The walls, built in 1638, were designed to keep out invaders. Now they mainly keep out the noise and confusion of the city. The main gate, Lahore Gate (where this photo was taken), is one of the emotional and symbolic focal points of the modern Indian nation.