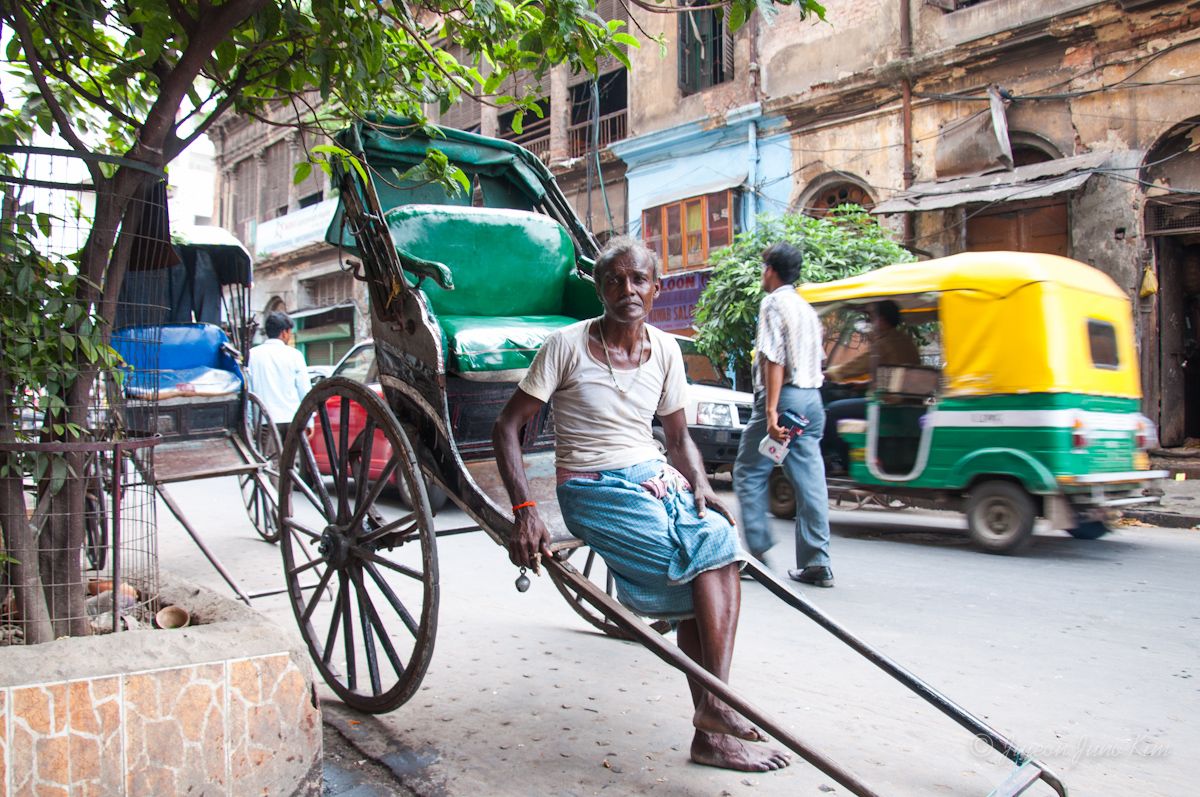 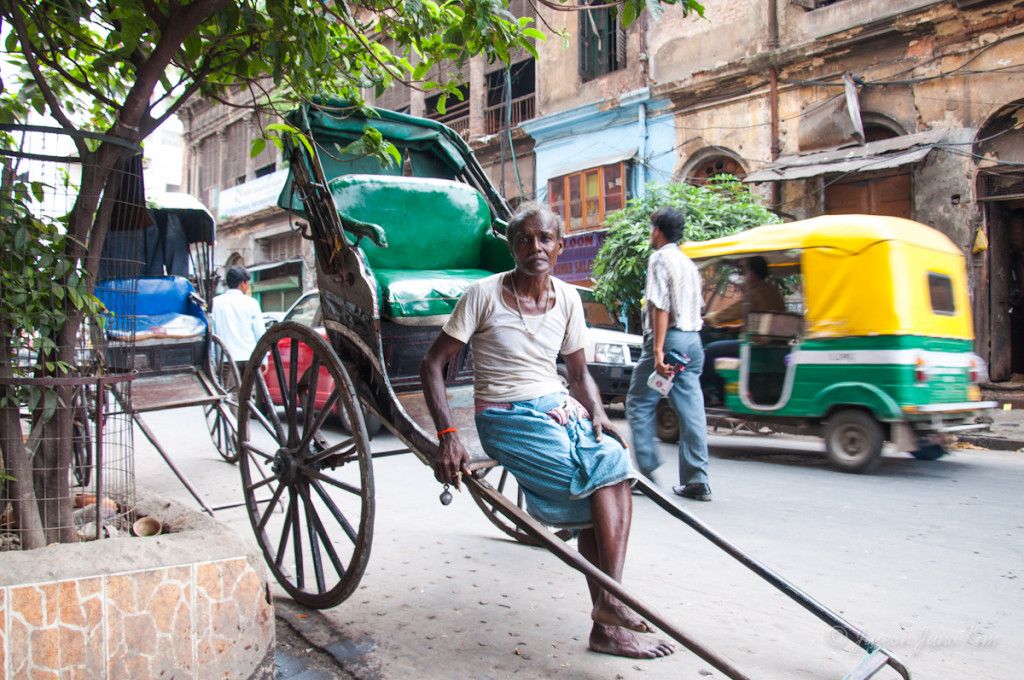 A pulled rickshaw is a mode of human-powered transport by which a runner draws a two-wheeled cart which seats one or two persons. Even though it has been discouraged or outlawed in many countries due to concern for the welfare of rickshaw workers, you can still see quite many of them in Kolkata, India. Pulled rickshaws have been replaced mainly by cycle rickshaw and auto rickshaws. Around 1880, rickshaws appeared in India, first in Simla. At the turn of the century it was introduced in Kolkata (Calcutta), India and in 1914 was a conveyance for hire.